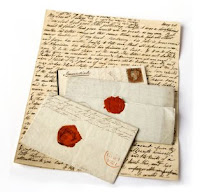 As a missionary, communication with my family at home was limited to emails once a week. In this age of technology, it is very easy for communication to take over our lives and so this “fast” from the internet and cell phones helped us focus on what we were doing as missionaries. Once a week for thirty minutes I would type as fast as possible to try and create a little window into my missionary life for my family to peek through. Below are some silent sound bytes from those emails home:

The Missionary Training Center
• If the Jerusalem Center was Hogwarts, I think this [the MTC] is the equivalent of boot camp. It has been a bit of a hard adjustment to tell you the truth, for day or so there I wasn't sure what I had gotten myself into.
• All week we have been practicing and teaching the first lesson about the Restoration of the Gospel including the fact that we have living apostles and prophets. When I saw President Uchtdorf it made it very real for me -- there in front of me was a living Apostle of the Lord Jesus Christ.

Temple Square
• In the MTC, President Uchtdorf told us that as missionaries we are extensions of the twelve apostles, called to preach the gospel.
• I talked to her a bit and then asked her if she would like a copy of the Book of Mormon and testified that it was another testament of Jesus Christ. She said she would like to read it!
• I am trying to work on my Christ-like attributes. So far I think my mission has pointed out all my weaknesses ... but hopefully it will give me the chance to improve myself and turn my weaknesses into strengths.
• On a more positive note, Heavenly Father has sent me some Jews this week! … She put her arm around me and said, "Who would have thought we'd find a Mormon Jewish girl."
• The three of us companions have been getting along well and I have adopted the name of Swartzalolo to fit in with my Tongans, Sisters Tau’a'alo and Taumalolo.
• After I bore my testimony about the Book of Mormon, I asked them if they had any questions. Ahsan, who had seemed very attentive the whole time, said, "Yes, how can I get a copy of the Book of Mormon?" Of course that is the kind of question we want to hear.
• So start praying for me now. I've been praying to go where the Lord needs me, but sometimes I put in a little request to go somewhere east coast or southern. [I got called to Georgia!]

Georgia on My Mind
• I didn't get very far with [the turtle] though because one of its claws touched my hand and I quickly put it down. Not long after that, a guy drove by in his truck and rolled down his window to see what was going on and when he saw the turtle his eyes got wide and he said, "That’s a snapping turtle!" So I don't know exactly what a snapping turtle does, but I guess I'm lucky it didn't snap.
• Things are always interesting in the south. The other day we went tracting [knocking on doors] and in one day we ended up having conversations with an ex-marine, a tattoo artist and an alcoholic.
• From the very beginning of my mission, I was praying that I would be able to experience finding and teaching someone and seeing them baptized. Of course I promised to work as hard as I could and so it is wonderful to see how the Lord will consecrate our efforts.
• I'm happy to preach the gospel and bear my testimony to those who will listen. And I guess I can better understand the apostles like Peter and Paul who rejoiced that they were counted worthy to suffer shame for Christ.

The End is Near
• Now that I have more of a sense of urgency because my time is getting short, I have to be bolder than before.
• This last week has been a very good one -- full of miracles!
Posted by Jade at 11:17 AM

Thanks for sharing Jade! What a creative way to do it too :)

I lOVED reading that! Thanks!

It brought back a flood of memories from my mission... Man, I LOVED the MTC, I truly did, but yeah... it is a little boot-campish, isn't it (and kinda communistic- in a righteous way...)

What a wonderful glimpse into your mission. Those were fun to read. My little brother is going into the MTC this next Wednesday and reading those from your mission is making me more and more excited for him.