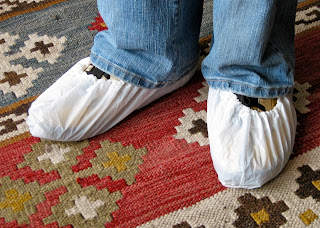 It’s not what you think. For the last two weeks I have been volunteering at the Vancouver Temple open house almost every other day. Most days I am in my element as a tour guide, but every now and then I am assigned to be on booty patrol.

In order to keep our brand new temple looking just as pristine as it was the day we first opened the doors the to the public, our guests are asked to wear white plastic booties over their shoes. Certainly not too much to ask, especially when we provide you with someone to actually put the booty on for you. Simply hold onto the bar, lift your foot, and voila! Ready to walk the floors of the temple (with marble tiles from Spain and carpets hand-woven in China)!

So today was my turn for this glamorous job. For six hours, from 8 a.m. to 2 p.m., I got to sit in a little chair designed for six year olds, and bent over I got to admire the feet of about a thousand people. Big feet. Small feet. Old feet. Dirty feet. Wooden feet. Yes, in that position, for that many hours, I placed shower cap like plastic bags over the shoes of all of our guests.

At one point one of the ushers came over and asked if we had recently “booted” a Chinese woman and her children (this was during a mad rush of people). We had to apologize and say we didn’t know – unless he could describe what type of shoes they were wearing. 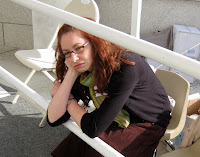 I’ll be honest; at first I wasn’t very thrilled with my assignment. And then I remembered that Jesus Christ, the Saviour of the World, had sat in the same position and washed the feet of his apostles. I was sufficiently humbled. My back still hurt, but I continued my labour with a new attitude. These were the feet of my brothers and sisters.

Their reactions were interesting. Most people were very appreciative. Some were surprised that we would perform such a service. A few were embarrassed and almost wouldn’t let us serve them. This made me sad. Sometimes we become so independent that we don’t let others help us and then slowly we stop helping others.

This experience has made me more determined to forget myself and serve others. And so, I am officially on the look out for more booty duty opportunities (or some variation thereof). 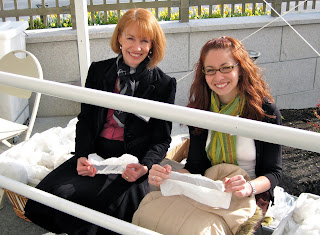 I have a confession to make. I am in love with British Columbia. Even though I have been absent for a majority of the last six years – coming home for brief visits only between school, study abroad and missionary work – it is quite evident that the Pacific Northwest still has my heart firmly in her clutches.

Why this sudden public declaration of my love? Well, resolutions to be more fit and few coins to spend have forced me out of doors and helped me re-discover the diverse natural paradise that is my backyard. As a result, I have reached the conclusion that beautiful BC is the best place to live in the world.

As proof, let me feature three different locations each within a fifteen-minute radius of my house. 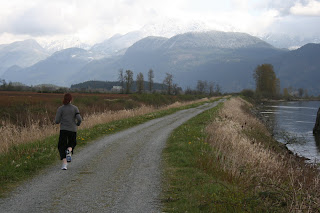 I had never actually been to this specific trail before, but my parents discovered it while I was away. One morning my mom suggested we go for a bike ride and since then I have run the ten kilometers (there and back along the trail) several times while one or both of my parents rode their bikes. With the Pitt River on one side of the trail and blueberry fields on the other, as well as beautiful snowcapped mountains in the foreground, this little excursion can be quite breathtaking (and not just from the exercise). 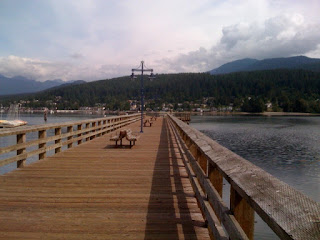 We started visiting Rocky Point when we first moved to Canada 16 years ago and have continued visiting ever since. Sometimes we go for ice cream and a leisurely stroll along the pier and other times we go for a longer walk or a run around the inlet to Old Orchard Park on the other side. When it’s low tide you can almost walk right across the inlet (something I have not yet attempted). However, I HAVE participated in the Penguin Swim on New Years Day from this location. 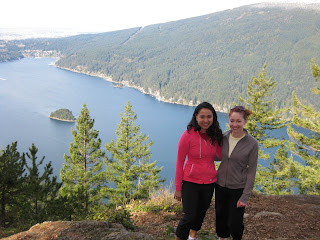 Buntzen Lake was also one of the first places we discovered after arriving in Canada. During the summer we would go for picnics and a swim in the lake. Nestled in between mountains, the lake and surroundings have attracted several movie crews – you might recognize it from Lake Placid. There are also several hiking trails around the lake. On Saturday, a friend and I decided to hike Diaz Vistas, which took us up the mountain and gave us ten views of the Indian Arm inlet, with Vancouver and the North Shore mountains in the distance. After five hours of hiking we were ready for some Tim Hortons (also within a 15-minute radius from home)!

There you have it – three reasons why my heart beats for British Columbia. And so, if I roam once more from home, which I am very likely to do, I predict that in the words of John Donne, I will always end where I begun.
Posted by Jade at 7:25 PM 5 comments: