From Journalism to Law 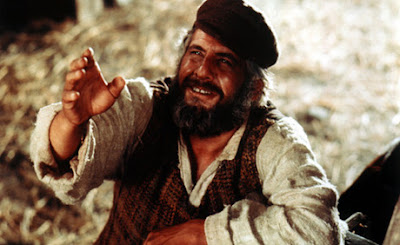 It’s official: I’m trading in my press pass for a power suit.

This fall I’ll be attending Brigham Young University’s J. Reuben Clark Law School in Provo, Utah; and, if all goes well, in just over three years I’ll be a lawyer!

Several things factored into this decision, which has been in the back of my mind for a while. First, I come from a long line of Jewish lawyers and I felt someone needed to carry on the family business. (I had Fiddler on the Roof’s Tevye singing “Tradition” in the back of my mind.) Second, lawyers earn more money than small town editors. Third, I kind of like school and I think studying law will be rewarding.

Obviously, you don’t just wake up one day and sign up for law school. I’ve been working towards this for a while. The first obstacle was the LSAT (Law School Admission Test), which is a challenging exam that tests your reading comprehension and logical reasoning skills. 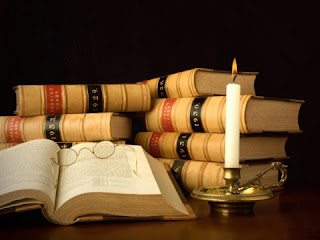 Many prospective students take prep classes to conquer this test, but since I lived in Merritt I just studied on my own from preparation workbooks and practice exams. I had to be diligent and squeeze in as much study time as I could in between newspaper deadlines and city council meetings, but in the end it paid off. I wrote the test the day before I flew to Guatemala, which was a week after I moved back to Coquitlam. My overall score put me in the 85th percentile.

When I returned from Central America, I began the application process. This included writing personal essays, gathering letters of recommendation and requesting school transcripts. I sent applications to BYU, the University of Alberta and Dalhousie University (in Halifax).

In February I learned that I had been accepted to both the U of A and BYU, which I was pretty excited about. Choosing between the two was extremely difficult though — both had great law programs. I want to practice in Canada, so Alberta seemed like a good choice; however, my heart was leaning towards BYU so I followed those feelings. To return to Canada, I’ll have to write a few additional exams, but it’s doable.

(This week I received an email from Dalhousie that I was accepted there as well. Perhaps it’s better that the decision came late or I would have been agonizing even more about where to go. But, it’s rewarding to know that I had my pick of the schools I applied to.)

Now, I have a few months left to save up money for school before I move to Provo. I’m excited for the challenge ahead, and haven’t had time to get too nervous. I’m not sure exactly what kind of law I’d like to practice, but hopefully that will become clear as I learn.

During a communications class at BYU-Idaho, I remember someone saying that reporters were only slightly above lawyers on the scale of professionals that people love to hate. Hopefully all the angry letters to the editor I received have prepared me for the angry people I’ll encounter when I descend to the lowest rung as a lawyer.

Hahaha...always picking the professions that people love to hate. Nevertheless, good for you Swartzy! It will be a great adventure.

LOL Jade you are hilarious. I love reading your writing. And loved hearing your news! Congratulations. I'm sure I'll see ya sometime, even though I don't make it to Utah as often lately as I once did. Cheers!

I am so excited for you Jade and can totally see you pursuing this path! That is so amazing that you had to study for the LSAT on your own and were able to get into all the schools you wanted to. I am not familiar with the challenge of the others, but know that BYU Law School is pretty competitive! I am so very excited for you! You will do amazing! Be sure to keep your blog up so that I can hear how things go!

Jade, I'm so happy for you. I'm sure that your path will be far more lucrative than dancers like myself, who unless they are Barishnikov (or dance for a state-sponsored company) have the honor of being in the fraternity of one of the lowest-paid professions....

I hope, this time around, I might be able to get to know my niece a little bit better.

Jade, I'm so happy for you. I'm sure that your path will be far more lucrative than dancers like myself, who unless they are Barishnikov (or dance for a state-sponsored company) have the honor of being in the fraternity of one of the lowest-paid professions....

I hope, this time around, I might be able to get to know my niece a little bit better.

I knew you would come here! I am so excited for you :) I will have to come visit you often as I miss my old campus. When do you move down? Let me know if you need any help.