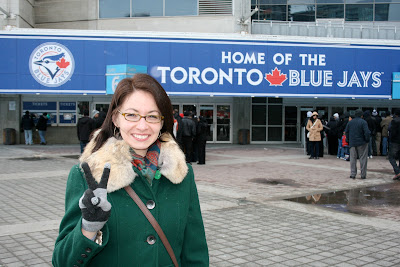 As promised, here is the sequel to my Toronto travel post. The big city of Toronto offers lots to see and do, and I was on the go throughout my week-long stay. To give you a glimpse of some of the attractions I enjoyed, I’ve compiled a quick list of the highlights of my visit. Here they are in no particular order: 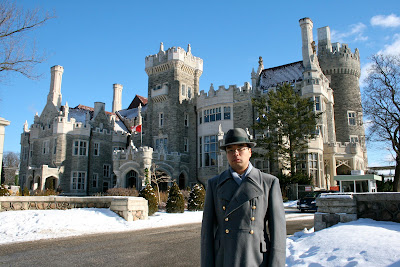 Casa Loma is a huge gothic-style mansion that was built in 1911 by a man named Sir Henry Mill Pellatt. His family only lived in the home for about ten years (it’s a very sad story) and the Kiwanis Club turned it into a museum as early as 1937, which was very lucky for tourists like me since the city wanted to demolish the place. For a price, Robin and I were able to explore this building from top to bottom. We toured the tunnel that stretches under the street to access the massive stables, climbed the tall tower overlooking the city, and tiptoed up and down the secret staircases from Sir Pellatt’s study. We even gazed longingly at a lovely luncheon being served in the conservatory that we didn’t have tickets for. Casa Loma (which by the way means ‘house on the hill’) was one of the best parts of the trip. And it had a great audio tour. 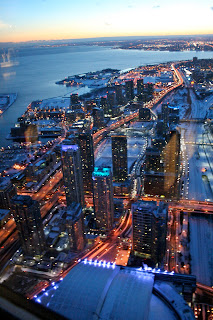 Of course I visited the CN Tower. What kind of tourist would I be to visit Toronto and not check out the view from the top of the tower? The tower is 533.33 meters high and is considered one of the modern Seven Wonders of the World. We rode one of the glass elevators up to the observation deck just as the sun was setting and had a beautiful panorama of the city. We did spend a few moments on the outdoor platform, but it was so bitterly cold and windy up there that I got a brain freeze. We did not pay the extra $12 to see the world from a few meters higher in the Sky Pod — when you’re that high up already, I’m not sure it makes much difference (and I’m cheap).

We had bought a City Pass, which included tickets to the Royal Ontario Museum as well as the first two attractions I described. I was quite impressed by the museum, but you really need a day or two to see everything (according to Wikipedia it’s the largest museum of world culture in Canada and one of the largest in North America). We only had a few hours and we spent too long exploring Asia (which had some really neat stuff) and had to race through the dinosaurs as well as ancient Egypt, Greece and Rome. 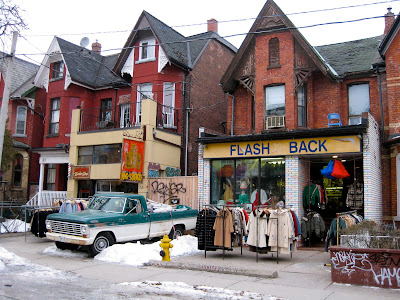 The name is a bit deceiving since this area of town is more of a neighbourhood than a market, but the community includes an eclectic mix of shops and restaurants. We passed lots of cafes serving Latin American food (though there were plenty of other eats to be found as well), and lots of shops selling vintage clothes. We visited a few of the vintage stores, but my favourite discovery was Courage My Love. The vintage wear was authentic and the prices were good. They even had some pretty buttons that I couldn’t resist buying for my non-existent sewing project. 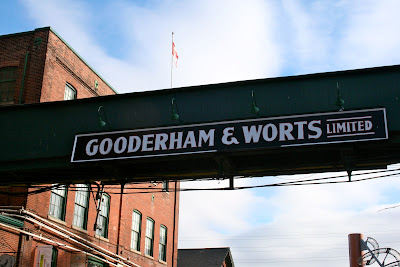 The Distillery District is a great example of how Toronto mixes the old with the new. This historic area houses boutiques, galleries and restaurants in heritage buildings, which once made up the Gooderham and Worts Distillery. Interesting fact: in the 1860s, the distillery was the largest in world and produced over 2 million gallons of whisky. You can still buy alcohol here, but I opted for the chocolate instead. We sipped hot mugs of Mayan and traditional hot cocoa at a chocolate specialty shop called Soma, and I splurged and bought a really expensive bar of dark chocolate. 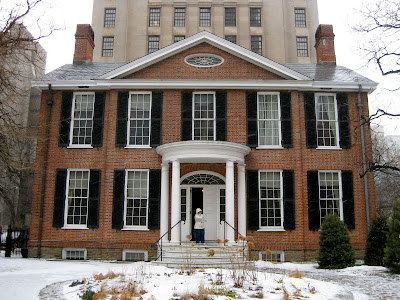 Built in 1822, Campbell House is one of the oldest homes left in Toronto. It was built as a residence for Sir William Campbell and his wife, but over the years it housed various businesses and even served as a horseshoe nails factory. To save the building from demolition, the whole house was moved nearly 2 kilometres in 1972 and now serves as a museum. We had a nice little tour, which helped me learn a bit more about the early days of York (later Toronto). 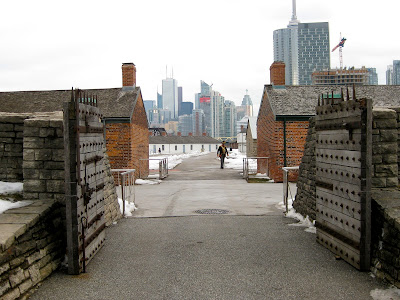 Not far from Toronto’s downtown core is the historic site of Fort York, which served as a military fortification in the War of 1812. During our visit we walked through original buildings such as the soldiers barracks and a stone magazine and brushed up on some of our history. This war was an important one — the British colonists (who would later be Canadians) defended their land from American advances and eventually burnt down the White House.

If you’re still reading I’m impressed. I apologize that my “quick” list ended up being so wordy. I couldn’t help it. I had fun in Toronto and wanted to share my adventures. You may have noticed that I like history. There are lots of things to do in Toronto that have nothing to do with history, but I like to visit old places and buy old clothes.

Bonus highlight: I also visited Niagara Falls, which was as beautiful as the photographs.
Posted by Jade at 12:54 AM No comments: 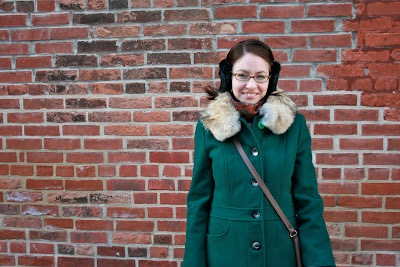 In Grade 7 I visited Alberta on a choir trip. Until recently, that was the only time I had ventured past the borders of British Columbia to explore Canada.

Beyond Canada’s border, I’ve done a fair bit of exploring including visits to four different continents and at least 13 states within America, but it’s shameful that I’ve seen so little of the country that issues me my passport.

A few weeks ago though, I accepted an invitation to visit a friend and bought a plane ticket to the big city of Toronto. It felt strange flying domestic. They didn’t even check my ID until I was through security and boarding the plane.

After a four and a half hour flight, I got my first view of Toronto from above. It looked strangely similar to my first view of view of Russia eight years ago. Snow covered the ground and the rooftops and the city appeared cold and foreign.

My first task in this new city was to navigate the transit system from the airport to reach Robin’s home near downtown Toronto. He had given me clear instructions beforehand and reminded me that in Canada people speak English and it would be easy to ask for directions. (This boosted my confidence considering I had managed for a month in Central America with no Spanish.) I found the right bus, paid my fare, and managed to take the necessary subway transfers to reach his part of town.

Even though people accepted my Canadian currency, and looked and sounded Canadian, I still felt like I was in a foreign country for a few days. The subway stations seemed kind of old and dirty — they were built in the 50s and 60s and seem like they haven’t been re-decorated since then — which also reminded me of Russia.

However, as I explored the city, passed many Tim Hortons franchises, and even visited a T&T Supermarket, the city began to grow on me and feel much more Canadian.

For one thing, Canada is a cultural mosaic and I explored that aspect of Toronto through food. I ate Thai food, Indian food, Somalian food, Peruvian food, and even good ol’ North American food with a steak dinner at the Keg Mansion.

Toronto felt much older than Vancouver, because of course it is, but I loved that it was able to maintain a flavour of history in a bustling city. Brick buildings stand shoulder to shoulder with modern high-rises downtown and converted brick row homes house people and businesses.
I even grew to like the transit system despite it’s 60s décor. Three dollars got me from the airport to Robin’s place (no zones!) and one day pass worked for two people on the weekends.

Finally, the people seemed pretty nice too. Though that could just be because my interactions were limited to Robin’s friends and Mormon missionaries.

Coming Soon: Highlights of Toronto
Posted by Jade at 1:28 AM 3 comments:

Labels: Canada, Toronto
Newer Posts Older Posts Home
Subscribe to: Posts (Atom)
"Travel is fatal to prejudice, bigotry, and narrow-mindedness, and many of our people need it sorely on these accounts. Broad, wholesome, charitable views of men and things cannot be acquired by vegetating in one little corner of the earth all one's lifetime."
Mark Twain